The China Law Podcast: All Episodes

The China Law Podcast is a weekly podcast exploring China’s business and financial sectors from a legal perspective. Click here to listen to the podcast trailer. 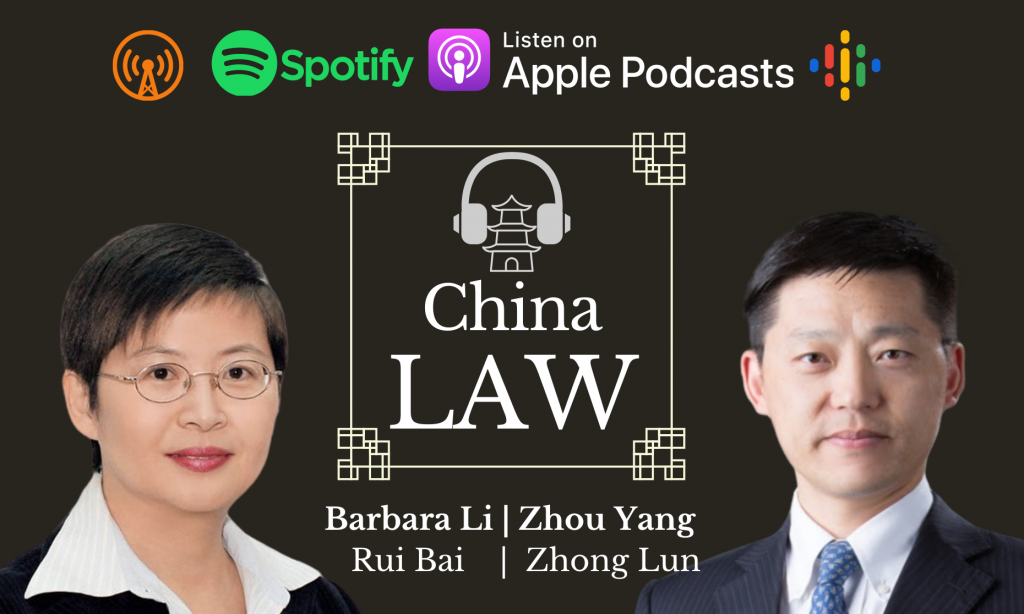 Just as the United States is beefing up its scrutiny of the supply chains of its critical infrastructure, China has also launched a new cybersecurity review for mitigating the national security risks posed by theirs. Barbara Li and Zhou Yang explain the scope and process of the cybersecurity review, the basic steps parties must take in order to comply, the implications for foreign suppliers, and more.

Barbara Li, Head of Corporate at Rui Bai Law Firm in Beijing, where she spearheads the TMT and FinTech practices. Former vice chair of the Cybersecurity Sub-Working Group of the EU Chamber of Commerce in China

Podcast #11: What the PRC Civil Code Means for Doing Business in China 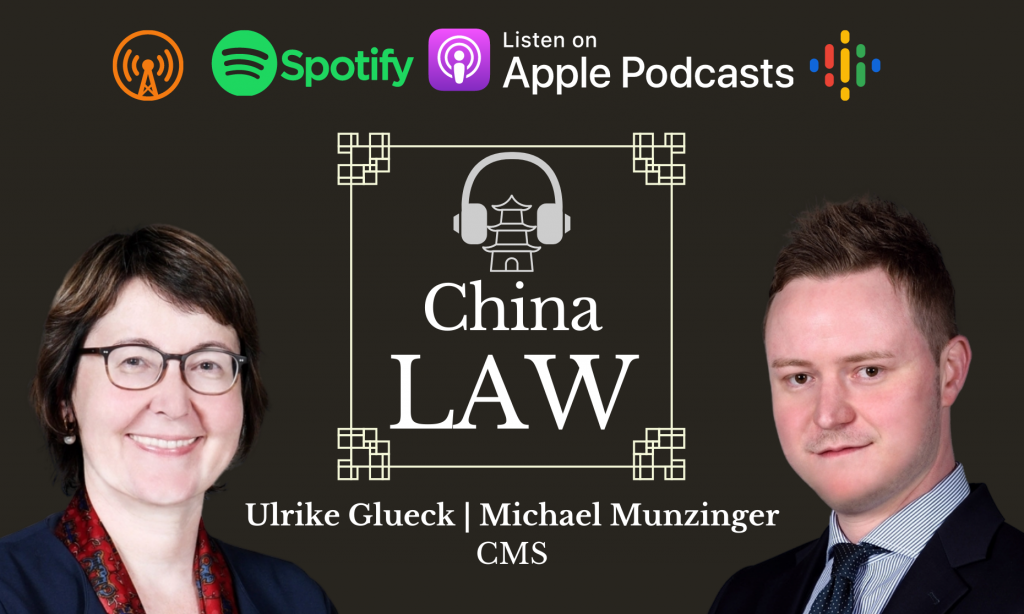 China finally has a Civil Code after multiple failed attempts at creating one. The Code defines the rights and duties of China’s 1.4 billion citizens and has implications for all segments of Chinese society, from consumers to investors to businesses. Ulrike Glueck and Michael Munzinger break down the gigantic piece of legislation into key takeaways for businesses and investors in China.

Michael Munzinger, counsel for CMS in in Shanghai

Podcast #10: Special Roundtable on Hong Kong’s National Security Law and the US Response

A strict new national security law has arrived in Hong Kong, marking the most significant shakeup to the city’s relationship with the mainland since the handover more than two decades ago. In this special roundtable episode, three lawyers dissect the implications for businesses of the new law as well as the Trump administration’s response in the form of sanctions and greater export control restrictions.

Thomas So, a Hong Kong-based partner of Mayer Brown and a member of the National Committee of the Chinese People’s Political Consultative Conference 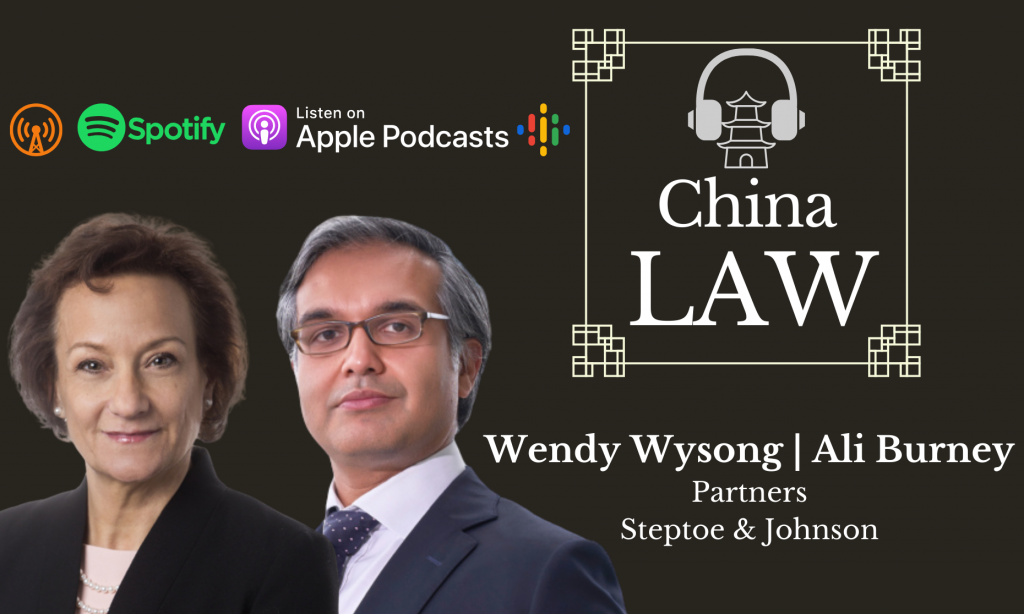 Hong Kong’s special trade status is in jeopardy, but what does it actually mean? Wendy Wysong and Ali Burney explain what Hong Kong could lose if its special treatment under U.S. law is revoked, especially when it comes to U.S. export control regulations — a key area of U.S. law that has been front and center of the Trump administration’s campaign against Chinese businesses, most notably ZTE and Huawei. 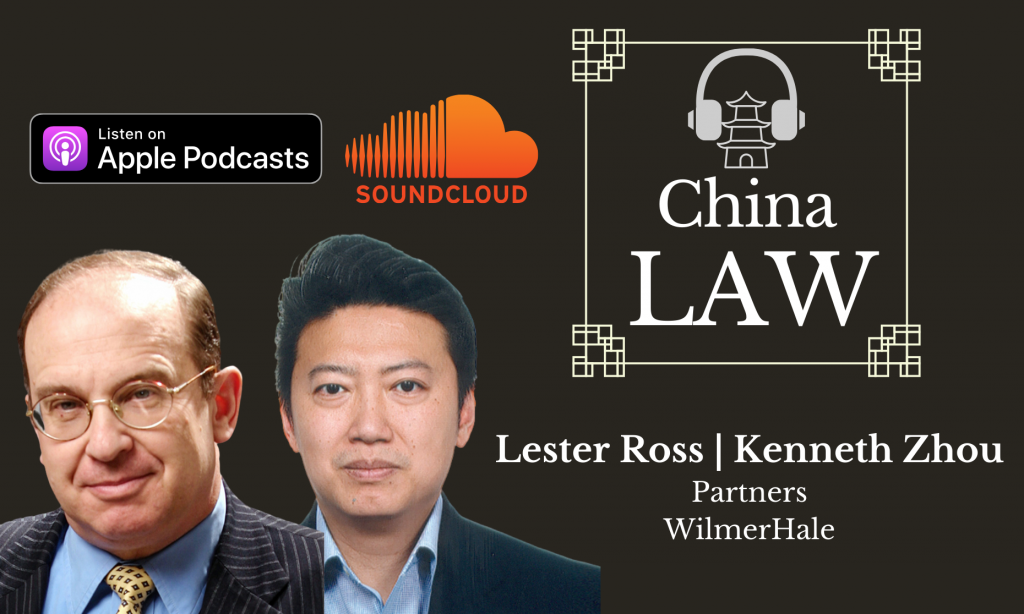 The China-U.S. trade and tech war has heated up significantly in recent weeks as the U.S. has ramped up export controls and made moves on Hong Kong. Lester Ross and Kenneth Zhou discuss China’s “unreliable entity list,” widely considered China’s main retaliatory weapon against U.S. companies. They analyze the potential legal bases for the List, the possible consequences for those companies listed, as well as lobbying efforts by American companies in both Beijing and Washington D.C.

Kenneth Zhou, a Beijing partner at WilmerHale and member of AmCham China’s Board of Governors 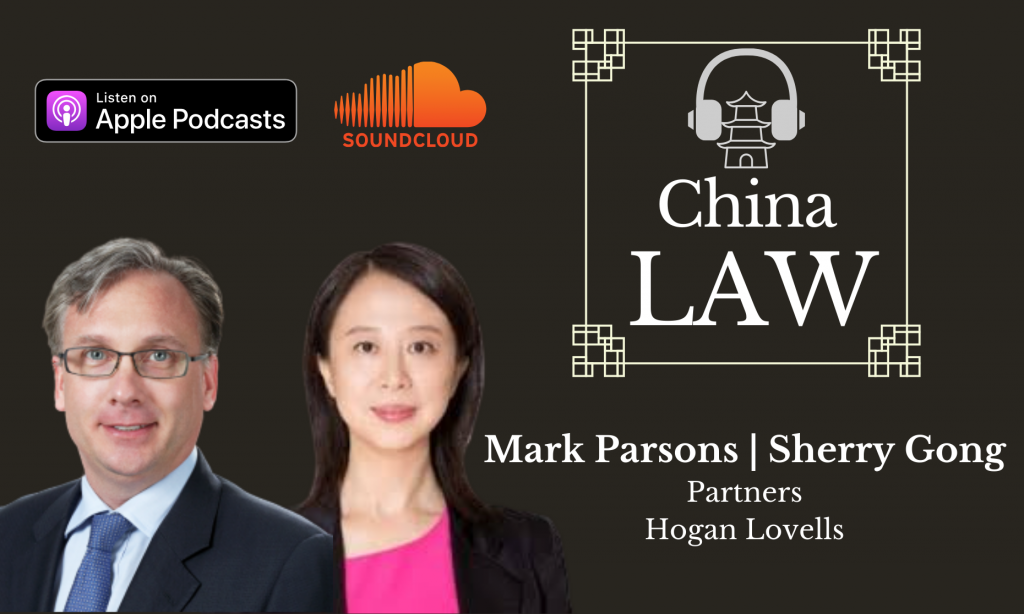 The Chinese regulators have finalized a new Personal Information Security Specification that lawyers recommend businesses comply fully with. Sherry Gong and Mark Parsons dissect the new national standard: the concept of unbundled consent, the impact on biometric data and targeted advertising, comparisons with the GDPR, and more.

Mark Parsons, head of corporate in Hong Kong for Hogan Lovells specializing in TMT sectors across the Asia-Pacific 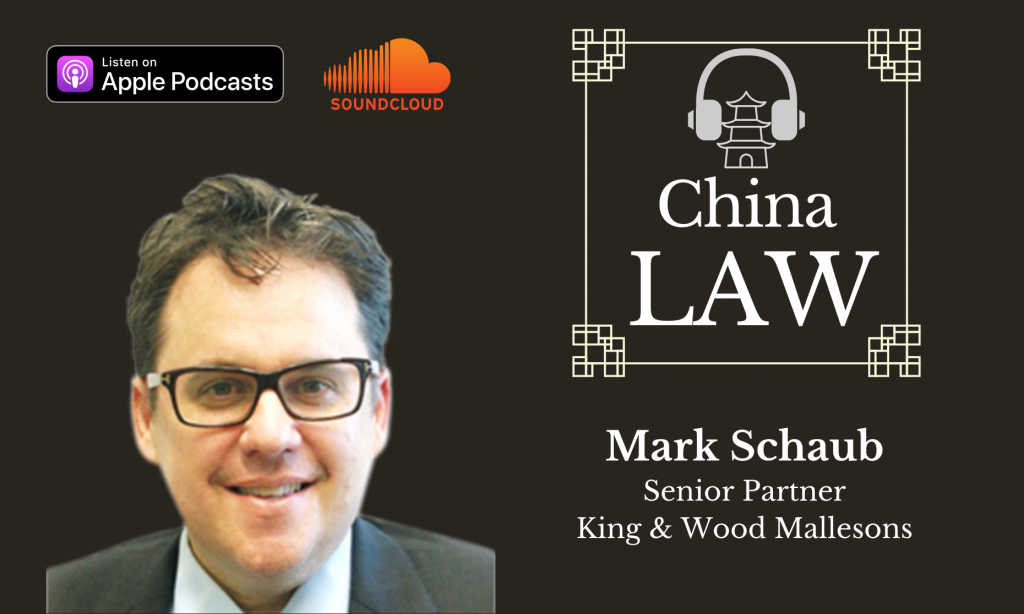 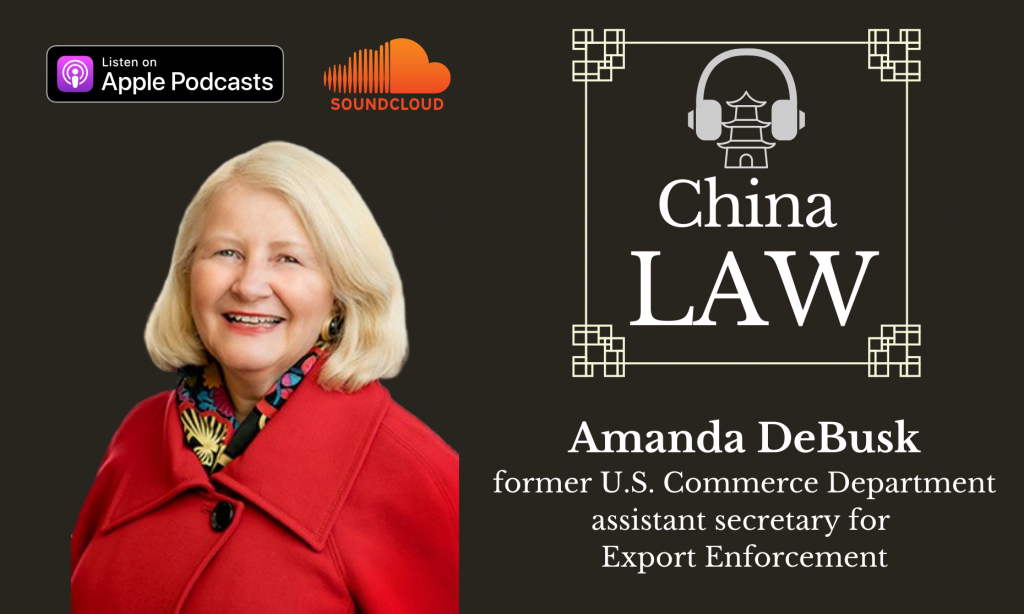 The prospect of U.S.-China decoupling is looking more probable by the day as the Trump administration ramps up its controls on exports of sensitive technology to China. In this episode, Amanda DeBusk discusses the impact of new U.S. controls on Hong Kong, China’s military-civilian fusion, fears surrounding Chinese involvement in core U.S. infrastructure, and much more.

Podcast #4: Michael Jordan’s Battle for his Name in China 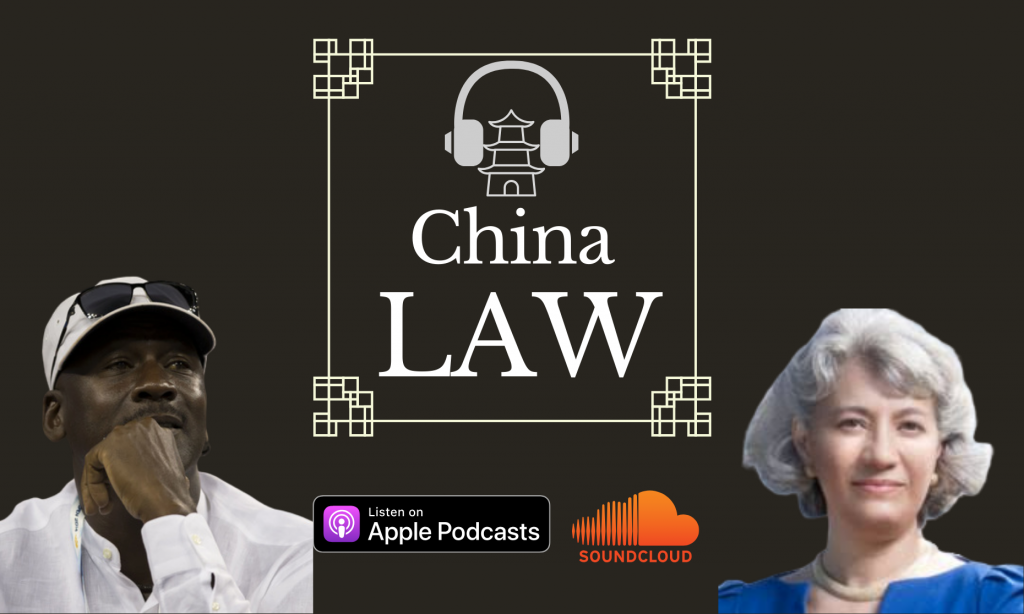 Michael Jordan is a household name throughout the world, but in China, his name is at the center of a protracted dispute over the trademark rights to his name in Chinese. In this episode, we do a deep dive into Jordan’s eight-year battle to protect his brand in China: how it all began, the trademarks at stake, the legal arguments from both sides, and the courts’ rulings.

Podcast #3: Pandemic Impact on Deals and Disputes – From Beijing to New York 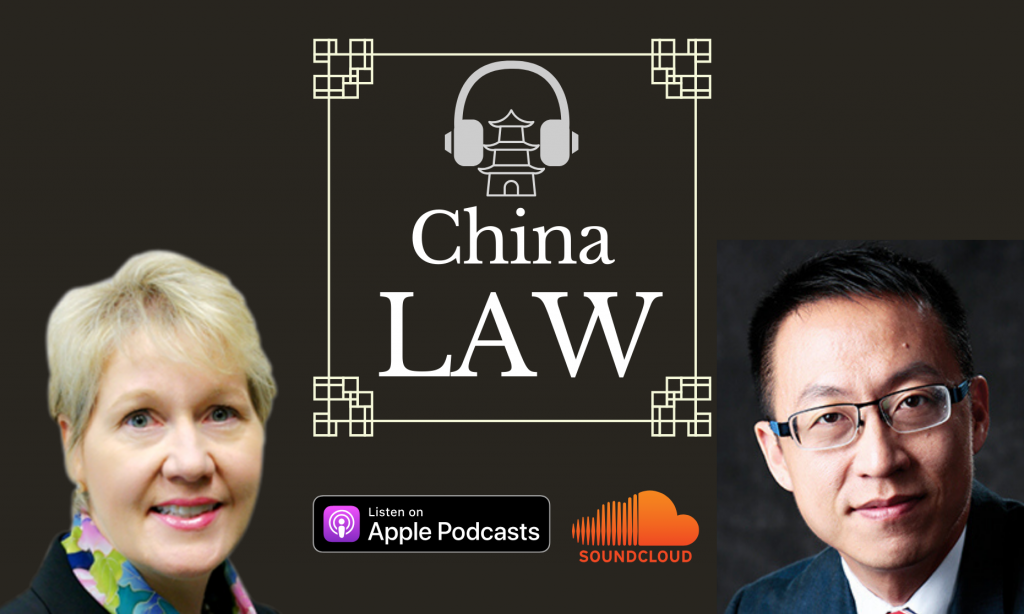 More than 100 days after China first announced the emergence of a mysterious “pneumonia of unknown cause,” the virus has caused one of the largest lockdowns in human history and brought several major economies to a standstill. Scott Yu in Beijing and Meg Utterback in New York share their insights on the impact of the pandemic on international M&A and disputes. 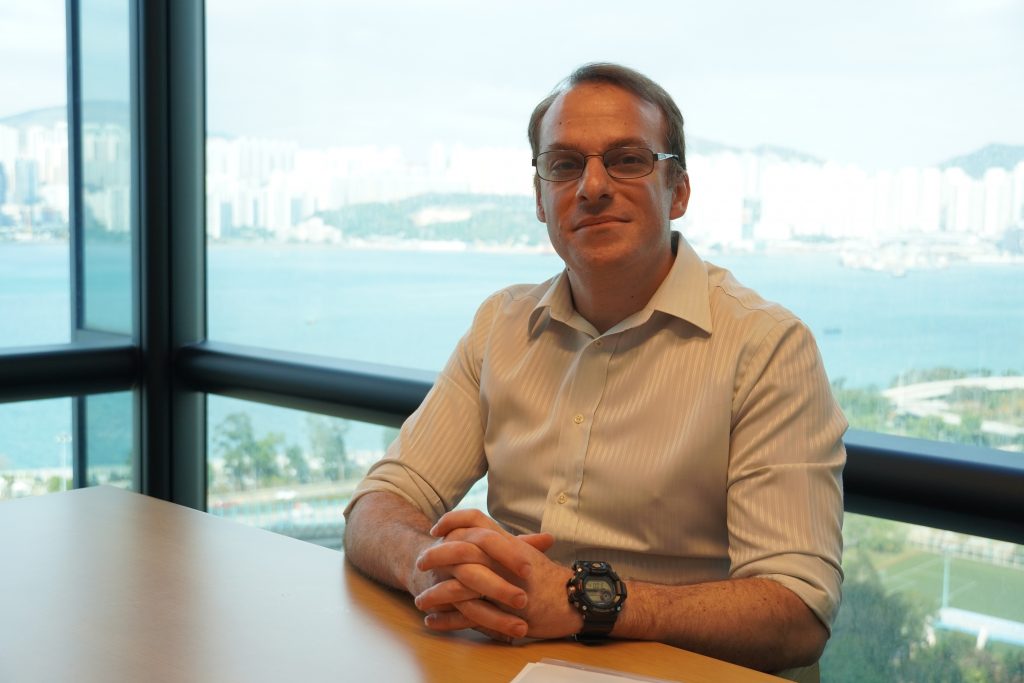 With the novel coronavirus outbreak now largely contained in China, growing attention is being paid to getting businesses back into normal operation and revitalizing a stuttering economy. Jonathan Isaacs discusses what obligations employers in China have as they resume operations, from providing sanitary equipment at work to reporting suspected cases of infection to the authorities. He also shares his analysis of employers’ liability if an employee contracts the virus, as well as the possible ways through which struggling businesses can reduce their costs during these tough times.

Podcast #1: Force Majeure in China – What It Means and How to Fight It 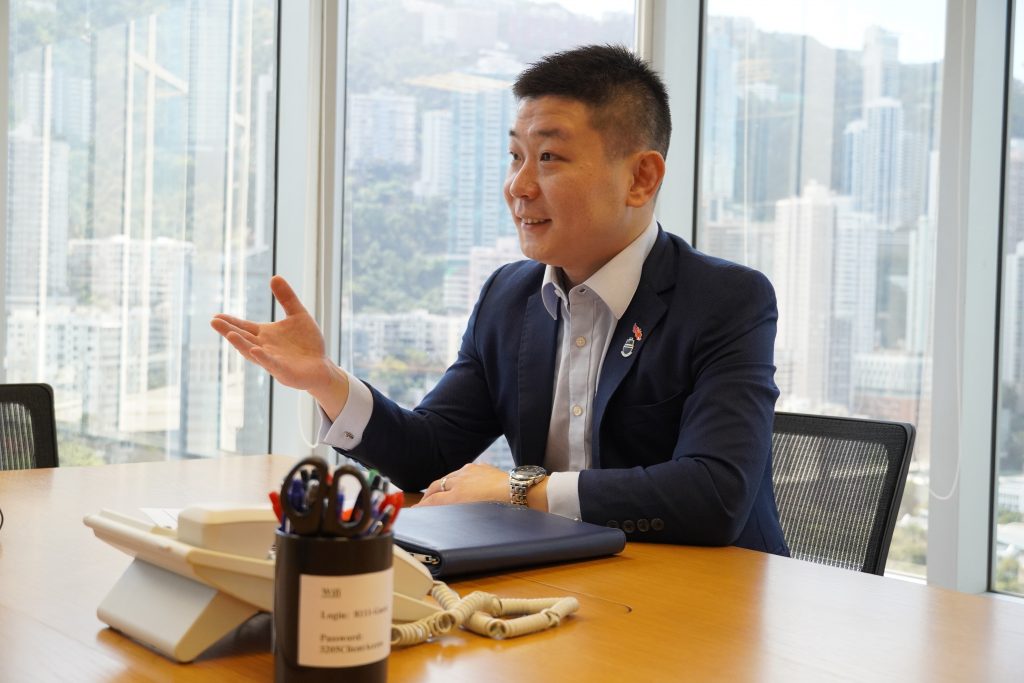 The coronavirus outbreak has caused massive disruption to businesses across China, leading many of them to issue force majeure claims to seek emergency exemptions to their contracts. In this episode, Edward Liu dissects the issue of force majeure from the perspectives of both the Chinese and foreign counterparties, shares insights on what role the Chinese government is playing, and provides practical advice on the steps you should take when faced with a force majeure claim.